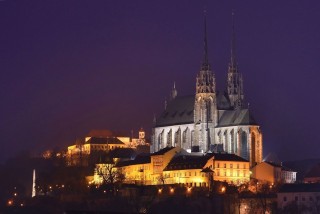 Czechia is a country with deep roots in speech and natural language processing - the founding father of statistical speech recognition, Prof. Frederick Jelinek, was Czech and although the historical circumstances drove him out of our country, he remained Czech and kept warm relations to the local laboratories and companies.

In our country, the pupils in elementary schools learn syntactical analysis at a very young age and many are interested in speech as a scientific topic. Czechia is definitely the country with the biggest proportion of quality speech/NLP labs and companies per capita worldwide. It has already attracted major speech events: in 2010, we were pleased to host NIST Speaker recognition workshop and ISCA Speaker Odyssey conference in Brno, 2011 saw an IEEE ICASSP in Prague and in 2013, ASR people gathered in Olomouc for IEEE ASRU.

INTERSPEECH 2021 will take place at BVV Brno Trade Fair Center ranking among the largest exhibition centers in Europe. The complex opened in 1928 and established the tradition of large exhibitions and trade fairs held in Brno. The Tutorial day and some satellite events will take place at Brno University of Technology Faculty of Information Technology (BUT FIT) that offers the charm of a 13th century monastery recently reconstructed and decently combined with modern, award-winning, architecture.

Brno is without question one of the most attractive tourist destinations in the Czech Republic. Moreover, the capital of the South Moravian Region offers a good strategic position: while being far less expensive and with much less tourist-crowds than Prague, it can be easily reached from all over the world. It is not by chance Brno made to the list of Top 52 cities to visit in 2016 by the New York Times.